Can You Really ‘Isolate’ Certain Areas Of A Muscle

Isolation means: “the act of separating something from other things”. In this case, separating muscle activations during a movement. For example hitting only your upper pec and not your lower pec, or visa versa.

Have you ever wondered how to hit your inner, upper pec? Or the bottom part of your bicep? Or the tear drop of your quad? Or the lower part of your glute?

You’re not alone. I have attempted them all!

Let’s take the chest for example:

To train the inner, upper part of your pec, in isolation, probably isn’t giving it as much benefit as you think! Sitting sideways in an incline chest press machine coming to mind? Here’s a picture to rejig your memory or to give you a visual if you’ve never seen it before. 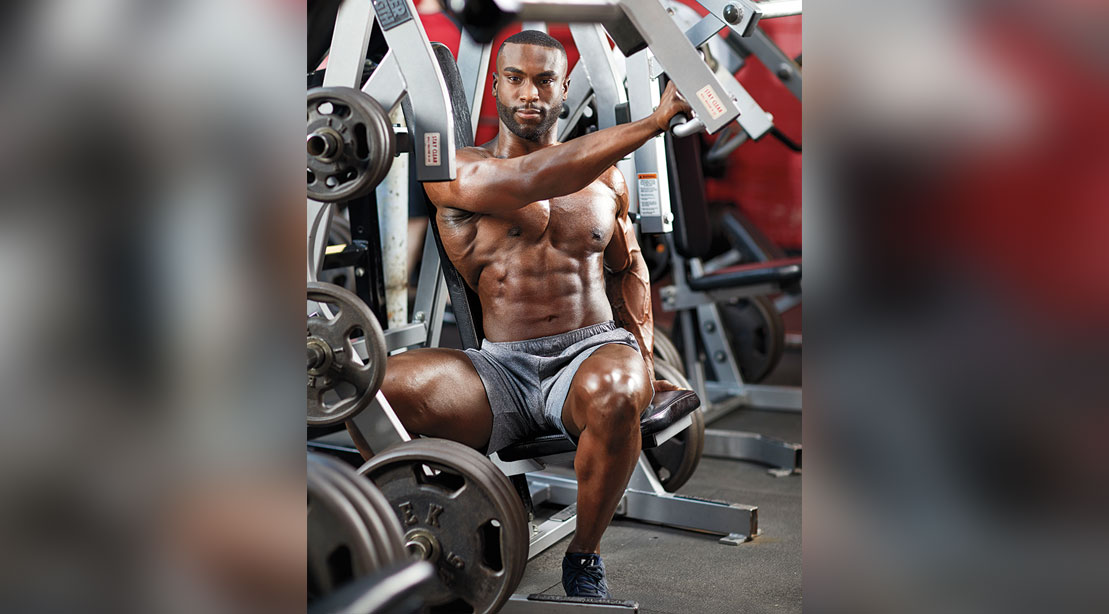 Yes, we get the sensation of the inner, upper chest contracting. And rightly so, it is in the shortest position we can get it into.

But, after assessing the mechanics we find out we are only using 1/3rd of the ranges available in the lift. And the one where we will facilitate the least growth (the shortened range). More potential growth can occur from hitting the mid-lengthened ranges of a tissue under load.

In addition, we have to discuss the load. Minimal load can be being shifted on an exercise like this, lets say 15kg for example.

So, by using this movement above, we are:

Now, what if I told you, you’d probably grow more muscle in that upper, inner region of the pec, if you did 40kg on a decline chest press…

“But, Josh – decline is for the lower pec, right? How does it hit your upper pec?”

Because – all muscles work as one unit. It is impossible to contract one part and not the other. But, we can absolutely bias regions of the muscle.

So for this example – on a decline chest press, we are biasing the lower, costal pec fibres. Let’s call it 70%. But, the upper, clavicular pec fibres fibres will still be activated at 30% (these numbers are made up, but somewhat where I believe they would be). They cannot simply switch off!

So yes, we ‘feel’ this upper, inner area working on the side on chest press above, but, sensation is not the be all and end all. Movements patterns are.

If you correctly execute an incline chest press, or even a decline chest press at that, as discussed above, you will be able to hit all the available ranges and use a much greater intensity, which will facilitate superior growth.

The same is said for quads. “When we turn our feet in and out of a leg extension, we hit different areas of the quad more optimally” is something you might have heard. And then you look at the load used in these movements and it’s 20 kg. Whereas the same individual could have done the same exercise with a straight foot at 50kg.

So, with that said, train muscles as a unit. Note that they are all working together. Simply train them hard, train them heavy and execute with precision. They will grow. Trust me.

Join the team and pre register below: